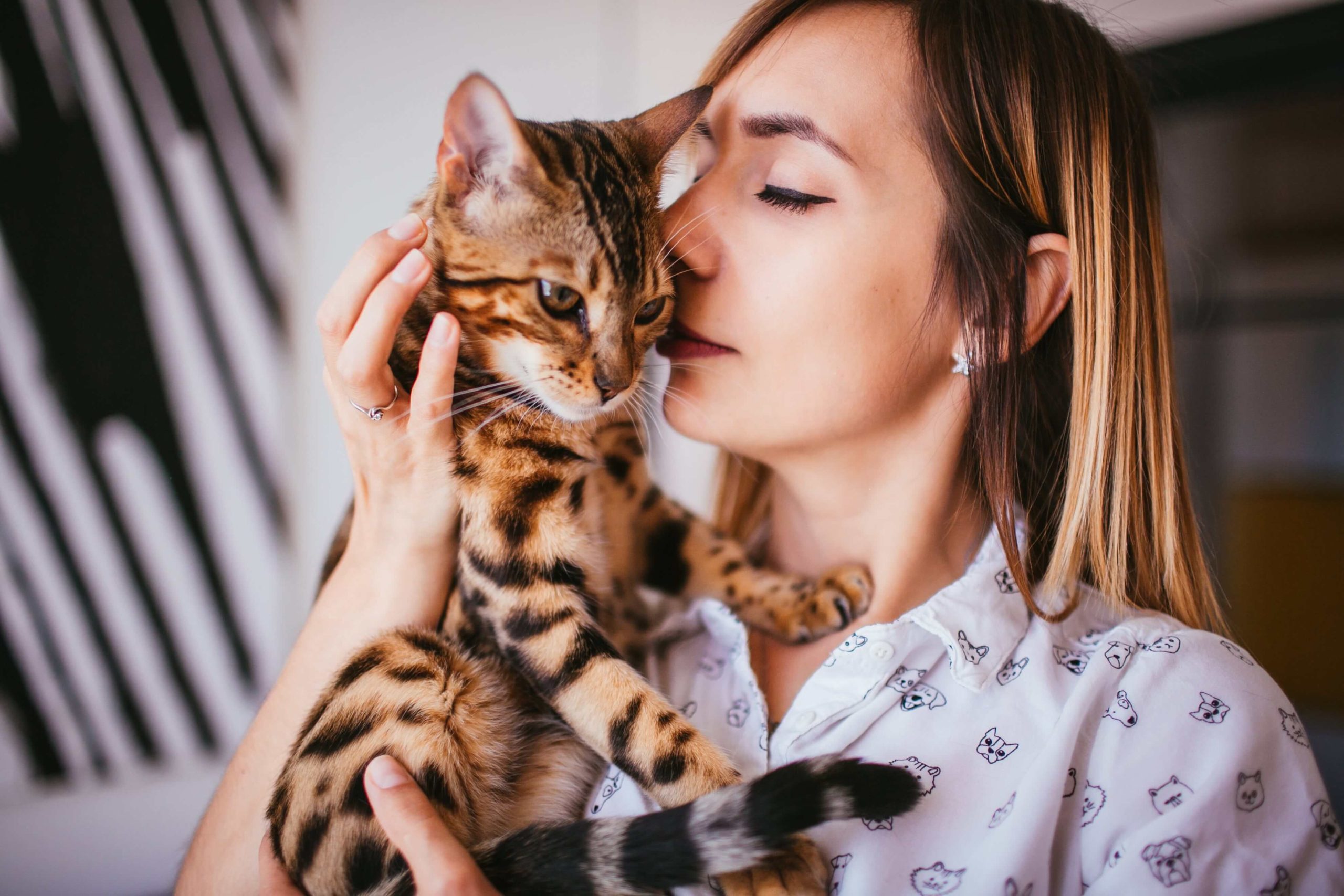 One of the most appealing qualities of bengal cats is their spotted coats.

Bengals tend to have a a striking appearance and are often characterized by their “wild” looks and unique personalities.

The reason bengals look less domestic than other cats breeds is due to their descendance from the Asian leopard cat, their ancient ancestor.

Since bengals descend from the Asian leopard cat, they are considered to be “hybrid cats” and have a unique set of qualities.

One of these qualities is a very soft coat that rarely sheds.

Why Are Bengal Cats So Soft?

Bengals cats are so soft for a few reasons.

Since bengal cats have wild ancestry, their coats are comprised of one layer of fur as opposed to the two layers of fur that other domestic cats have.

Because bengal cats have only one layer of fur, they don’t need to do as much maintenance as other cats and will not shed as often, leading to a smoother, silkier texture.

This single layer of fur lies closer to their body, which means their coats will not become ruffled as easily as a domestic cat’s would and their fur will generally stay in place.

While domestic cats need to constantly lick themselves to stay clean and seem to always be shedding, bengals have significantly less shedding cycles and will maintain a sleek coat year round.

Do Bengal Cats Have Fur or Pelts?

It is sometimes said that bengal cats have “pelts” whereas other house cars have “fur”.

This terminology stems from the coats of big cats being referred to as pelts which was transferred on to bengal cats as well.

Technically, the fur of both lions and domestic cats can be referred to as a pelt or coat, so there is no semantic difference bengals and other cat breeds.

The only different is the kind of coat that different cats have.

Bengals only have a short coat while other domestic cats have both an undercoat and a topcoat.

What Is Different About a Bengal Cat’s Fur?

The hairs that bengal cats have are much shorter than the hairs on a domestic cat leading to a sleeker appearance and feel.

When petting a domestic cat, you may notice that their fur easily becomes disheveled after being pet. You may also notice that the fur has a more coarse quality to it as well.

Since domestic cats have two coats of fur instead of one, their top layer of fur does not hug their body and will easily be tousled.

The topcoats that domestic cats have are mainly for protection and warmth, for this reason, the hairs are more straight and tend to grow up to 2 inches long.

The bengal cat, being a descendant of the Asian leopard, does not have need for the added insulation that a topcoat provides and has only a single, thick layer of fur for its coat.

Bengal cats also need to do less grooming than fully domestic cats, so this coat will generally have a consistent texture throughout the day and will not vary due to their grooming habits.