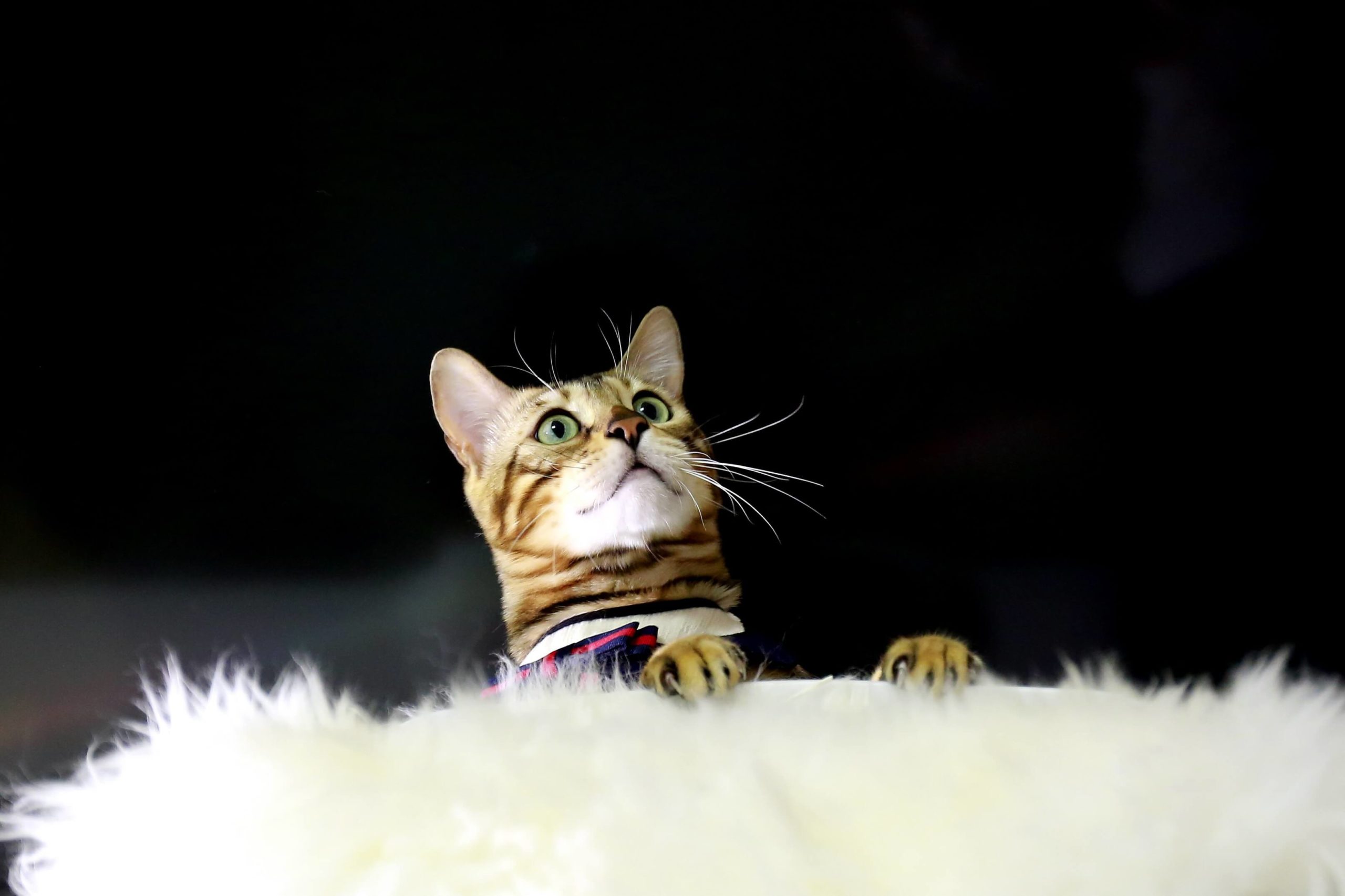 Playing fetch is a great way to bond with your pet and help them expel their energy.

When thinking of fetch, most people only see dogs as being able to play fetch correctly.

This is because dogs are more fixated on your approval and feel the need to impress you by bringing back the object you are throwing.

Dogs are also naturally more wired to play fetch because they were originally used for hunting and were trained to bring back the kills of the hunts to their owners.

Cats, on the other hand, were never used for hunting and have always been seen more as house pets, so that skill wasn’t honed in and passed down to modern day domestic cats.

Cats are also more independant animals and do not feel the same pressure to please their owners, making them less inclined to bring back objects you throw.

This doesn’t mean that bengal cats won’t play fetch, it just means that this behavior is not necessarily natural for cats to do.

Almost all bengal cats can be trained to fetch and many bengals will fetch on their own but may not continually play fetch after a few tosses.

Bengals are more likely than other domestic cat breeds to play fetch, however, because they are a high energy cat breed and tend to form stronger bonds with their owners.

How Do I Get My Bengal Cat To Play Fetch?

If you want your bengal cat to play fetch, you can train them to find and retrieve toys you throw by rewarding them when they do it successfully.

When training your bengal cat to play fetch, you should use a toy that they already have positive associations with.

This toy should be a toy that your cat likes playing with on it’s own.

You can also add a little catnip to the toy, if it doesn’t already have some, to make it more rewarding for your bengal to play with.

Once you have a toy that your bengal likes, start trying to get your bengal to chase after it and bring it back to you.

To encourage your bengal to bring the toy back to you, you can give it treats, pet it, and give it a positive verbal response, such as “good girl” or “good job”.

Over time, your bengal should begin to pair the rewards of playing fetch with the act of bringing the toy back to you and will no longer need to be given treats or a reward every time.

How Often Should I Play Fetch with My Bengal Cat?

The more you play with your bengal the better.

Bengal cats love attention and need high amounts of activity, so the more often you play fetch, the more healthy your bengal cat will be.

It is also good to have a way to initiate playing fetch that you use to notify your bengal when it’s time to play.

This can just be by saying “play fetch” or “fetch”. The words don’t matter as long as you are consistent and use the same word every time.

By beginning the playing session the same way every time, this will speed up how quickly your bengal learns to fetch and will make your playing sessions more efficient.

All bengals should be able to learn how to play fetch. The more you play with it, the quicker it will learn.

If your bengal is still struggling to play fetch, you can try using different toys, different rewards, or playing at a different time in the day.